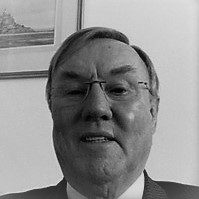 Cllr Gee studied at both Cambridge University and Harvard Business School and holds an BSc Honours in Natural Sciences and Economics, as well as being a Chartered Accountant. Cllr Gee has had a remarkable career, working across the globe in Liberia, USA, France, Poland and completing short-term assignments in 20 other countries. The latter part of his career was spent in the hospitality industry, as Senior VP in Holiday Inns and Hilton International. Now, Cllr Gee has his own Consulting company.

Community is of utmost importance for Cllr Gee. ‘No man is an island!’, he rightly points outs, while noting that the voluntary sector is one of the main attractions of the Village. Going forwards, Cllr Gee stresses the need to concentrate on starter homes and shared ownership, given the expensive property market, to allow the younger generation to settle in the Village.

Cllr Gee’s has a broad range of interests, including boating, travel, and theatre. You’ll most likely find him tending to his garden, hens and dog in his free time or spending precious time with his grandchildren.